What does it take to awaken from too much reflection on our past? For me it was a fun cruise with my best friend and a chance meeting in a Latin club on the very last night.

I went to South Florida to celebrate my 60th birthday on a cruise with my son. Unfortunately, he was unable to make the cruise nor was my granddaughter, whom I spent the week before doing all the enjoyable activities she likes to do. When I asked my best friend of forty years to come along and he said yes I knew my first cruise would be filled with laughter and enjoyment. I haven’t had a little vacation for myself in many years and I was really looking forward to this cruise. I wasn’t disappointed.

That first night when I entered our dining room, my eyes feasted on the decor, the lights, the sounds of chatter of other tables. When I sat down and was handed the menu, there were items I had not tasted in a long time living in Colombia. Escargot, creme brulee, pastas with rich sauces, appetizers of such variety, and I could have whatever I wanted, not finish and try something else. Our seat mates were a variety of people but the silly Latins were a highlight of our first night and I started the conversation with them in Spanish. They then became our fun friends for the rest of the cruise.

The clubs on the ship are awesome and we had great people on our cruise. Imagine happiness emanating from every person you encounter! Bridal party dance offs, blackjack in the casino, karaoke, smiling people everywhere we went.

The last day at sea was memorable for many reasons, including finding love at 60. Gabe and I became separated but I knew I would find him. I sat at the pool bar and eventually he came looking for me. He had been with our Latin friends drinking rum shots. So I want to thank you Monica and Patricia for making Gabe so tired he went up to bed after dinner that last evening on board the ship. Everyone was exhausted but I was still enjoying the evening so I wandered into a club playing Latin music. There was a man sitting by himself, looking very handsome and I asked him to dance. I guess that is still something women don’t do that much, but he accepted and danced salsa quite well. I found out he was on the cruise with his entire family, so I gave him the card of my hotel.

He came back to find me later and I danced with him again. I continued to dance and chat with people in Spanish and thought I would never hear from the handsome stranger again.Then I saw him in a corner with all of his family and I eventually left when the music stopped and lights went on. I did tell Gabe about him when I went back to our stateroom. I  did not know then I had made quite an impression on him with my attitude, dancing and a few comments I made, which I cannot share, but they delighted him. He told me later he walked the ship until 2 am looking for me.

So how did he find me? He called my Colombian number and it didn’t work because I had a sim card in for Florida. He left me messages on Facebook messenger while I was out shopping. He asked me to dinner that night and I said no I am leaving to go back to Villa Migelita Ecolodge in Colombia tomorrow, and I am packing. He persisted. Let me take you to lunch before your flight? I said yes, then he called again and put someone on the phone. We shared a friend! My friend of many years from Nova High School. Now, I was very intrigued and curious. When we had lunch it was like I had known him forever. I missed my flight because it was overbooked and had turned in my rental car so he came back and got me at the airport. My friend Cheryl from high school gave me a room on Hollywood beach boardwalk at her hotel. I want to say thank you to both her and Moses for such a kind gesture. She came by that evening to say hi. We had dinner at her house the following evening and I met her entertaining husband Moses.

Then I kept missing my flights, due to one reason or another. Avi and I kept enjoying ourselves, it was like I had known him forever. He is an Israeli Jew, and he really knows how to treat a woman right. He introduced me to family members, friends and more. I introduced him to Gabe and his partner, also my granddaughter.

He says he has found the woman he has been searching for all theses years. He is now coming to Colombia for 3 weeks in May. He speaks 6 languages including Spanish. He calls me a Jap, which is Jewish American Princess, and I say I am a Sap, Spiritual American Princess. Whichever it is, I now have a big Jewish family who have welcomed me with what I call the Israeli kiss. Such a warm, big smooch on the cheek that I can only describe, but love so much!

With that I say here is to my awakening at 60 years old from a random meeting on a ship in the Bahamas. I know that whatever happens Avi has brought laughter, joy and contentment into my life. He gives me so much attention, which I have not had in so long due to my own desire to succeed as a woman entrepreneur. The holding of my hand is strange and at first I would take my hand away, but now with his patience I allow it. I allow him to shower me with affection because I deserve it and he says to me any chance he gets that I am amazing and wonderful. With that I leave you with a few more photos and a final thought. Love can be found at any age, even when you are not looking for it. So cheers to turning 60 and who knows where the next years will lead, but for now I live one day at a time as always. 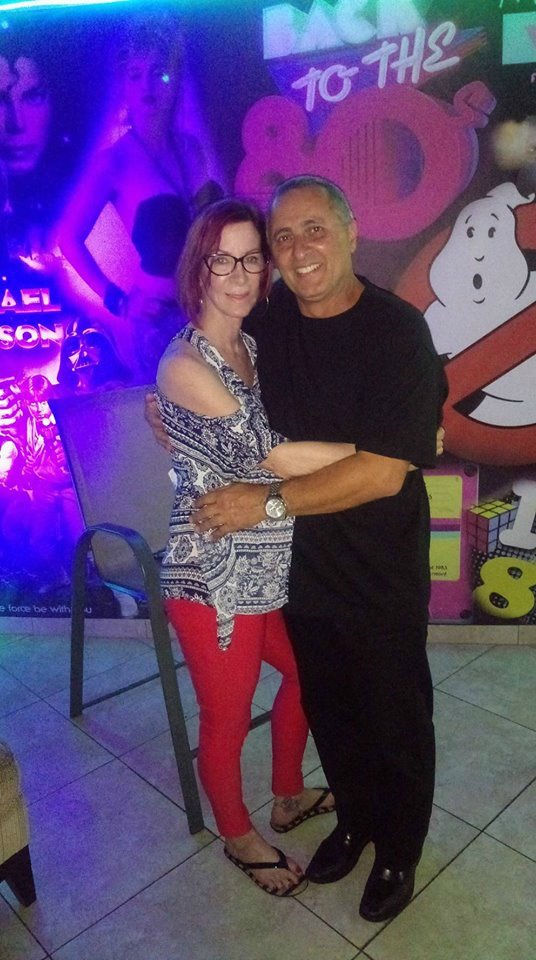 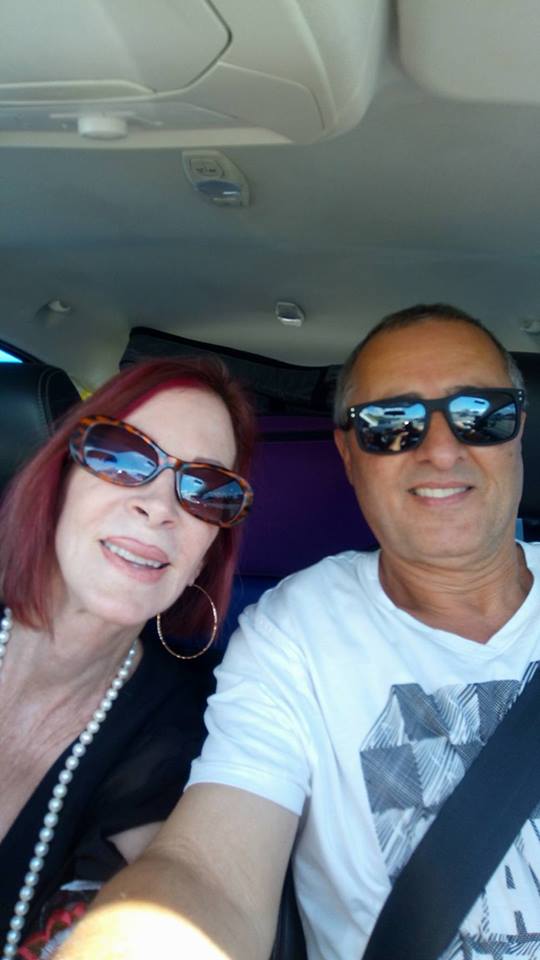 I am an American who moved to Colombia to find peace after the devastating loss of my daughter. I bought and renovated a Villa, am learning Spanish, and writing as catharsis. This blog will be like a book with chapters. Each blog will be about my life in Colombia and my adventures. I hope you will enjoy the many new discoveries I am making every day about myself and another culture. View All Posts

I am an American who moved to Colombia to find peace after the devastating loss of my daughter. I bought and renovated a Villa, am learning Spanish, and writing as catharsis. This blog will be like a book with chapters. Each blog will be about my life in Colombia and my adventures. I hope you will enjoy the many new discoveries I am making every day about myself and another culture.